I just got done watching Marco Arment’s talk from this year’s NSConf. Its a fascinating insight into the amount of thought he put into the marketing of Overcast, before writing any (well, most) of the code. 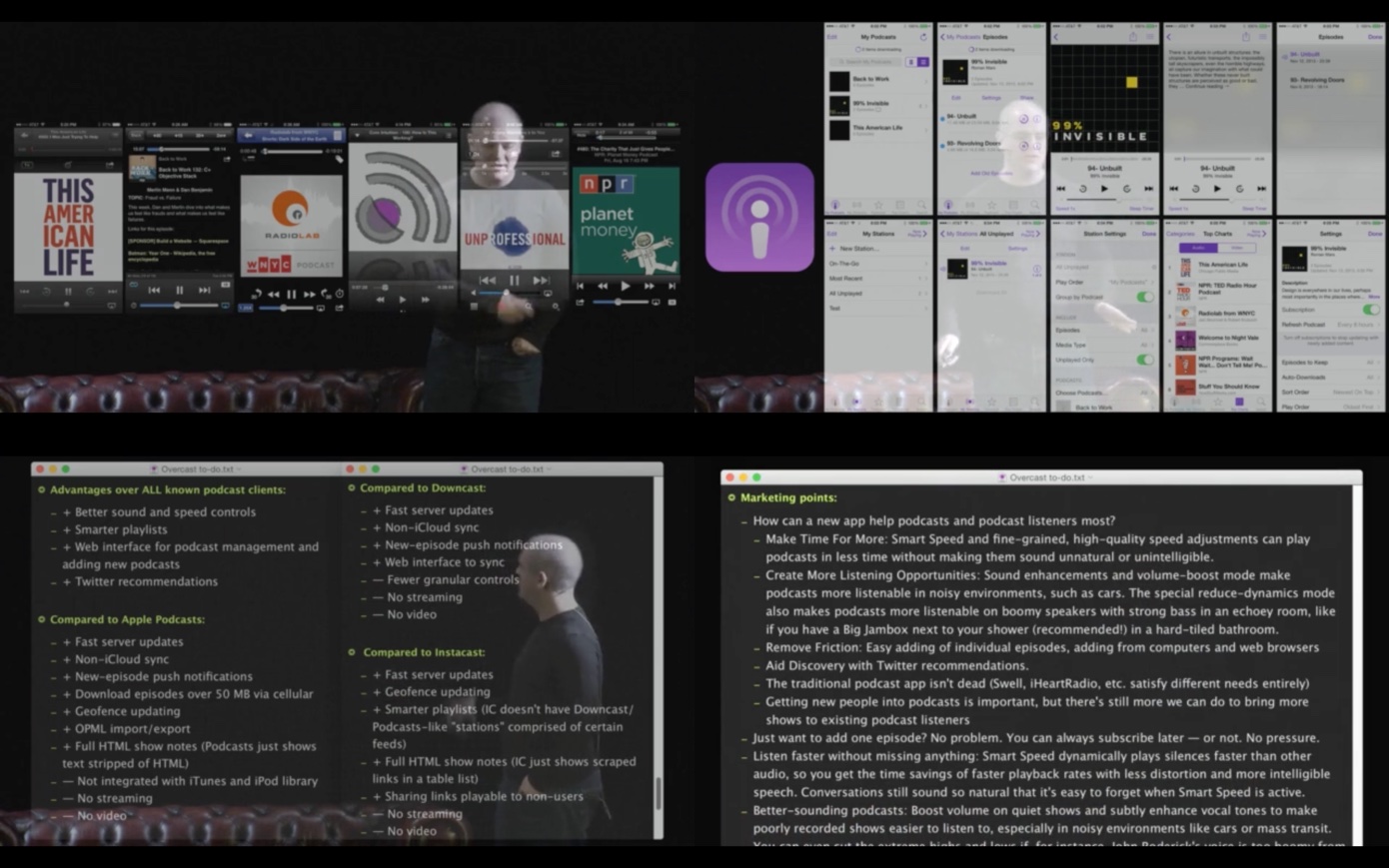 He documented in great detail all the features of the competitors in an attempt to figure out whether his planned headline features would make his app stand out; and whether it would make it stand out enough. He wrote up a full marketing blurb for the app before building it. Most app makers — myself included — don’t even think about marketing until they have a finished product.

Marketing is frequently seen as a dirty word in the tech community and its really refreshing to see someone challenge that mindset. Its certainly not luck or coincidence that Marco has had such great success with the apps he’s built. Its planned.

I really can’t recommend the talk enough, you can watch it (and all the other talks from NSConf) here.